Mogadishu, 21 January 2018: One – day event marking the Somali National Press Day of Somalia has been convened at SYL hotel in Mogadishu, Somalia on January 21, 2018.

The annual event remembering the 45th anniversary when the first newspaper printed in Somali language on 21 January 1973 was jointly organized by the Somali Media Association (SOMA), the National Union of Somali Journalists (NUSOJ), the Somali women Journalists (SWJ), the Somali Independent Media Houses (SIMHA) and the Ministry of Information.

The main aim of the event was to mark the 45th anniversary when the first Somali newspaper written in Somali language was printed and circulated on January 21, 1973.

The event also was used as occasion to sign agreement on improving the quality of journalists in Somalia.
Mr. Said Abdisalam, veteran Somali journalists have presented the history of the printing Somali newspaper in the Somali language 45 years ago.

“The publishing of a newspaper in Somali language was significant and has taken major role in promoting the use of Somali language in education and preserving the culture.” Mr. Said told the gathering.
Mr. Mohamed Osman Makaran, the Acting Chairperson of the Somali Media Association (SOMA) in his speech appreciated the organizers of the event and pointed out the significance of marking the Somali Media Day.

MR. Farah Omar Nur, head of NUSOJ Training Sector presented a short documentary on the history of the Somali Newspaper and the role of the Ministry of information. He expressed how they are pleased to observe the Media day and suggested to reform and strengthens the Somali language.

Abdirahman Omar Osman , the appointed Governor and Mayor of Mogadishu in his speech at the occasion has praised the significance of observing the Media day and the signing of the agreement for developing the Somali journalist.

H.E. Mahdi Mohamed Guuleed, the Vice Prime Minister of Somalia has appreciated the media organizations for signifying this year’s event of the Somali Information Day.

SOMA is an association under which at least 40 media based in Puntland, Galmudug , Hirshabelle, Banadir Jubbaland and South West of Somalia are united 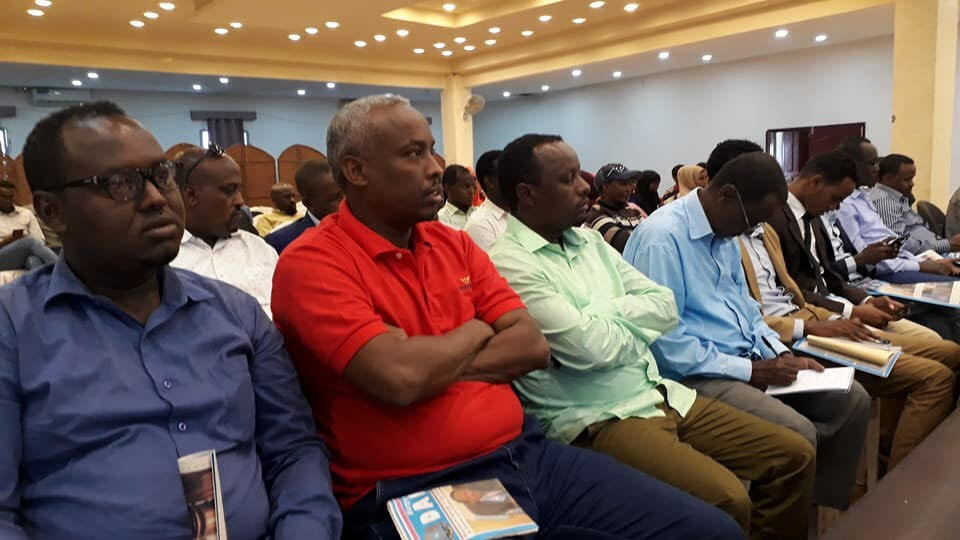 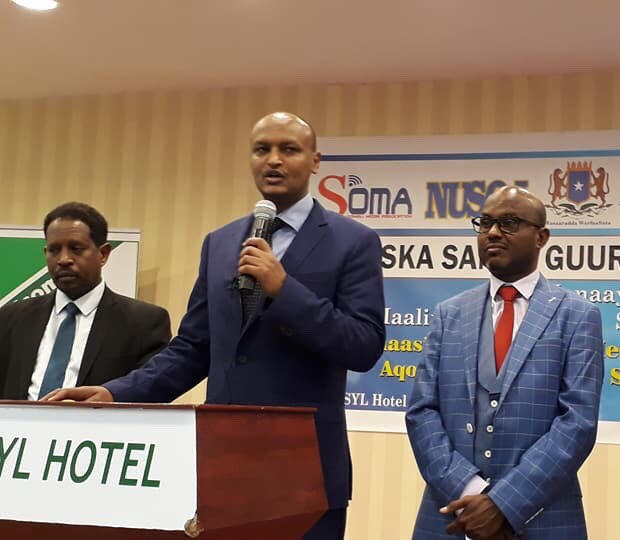 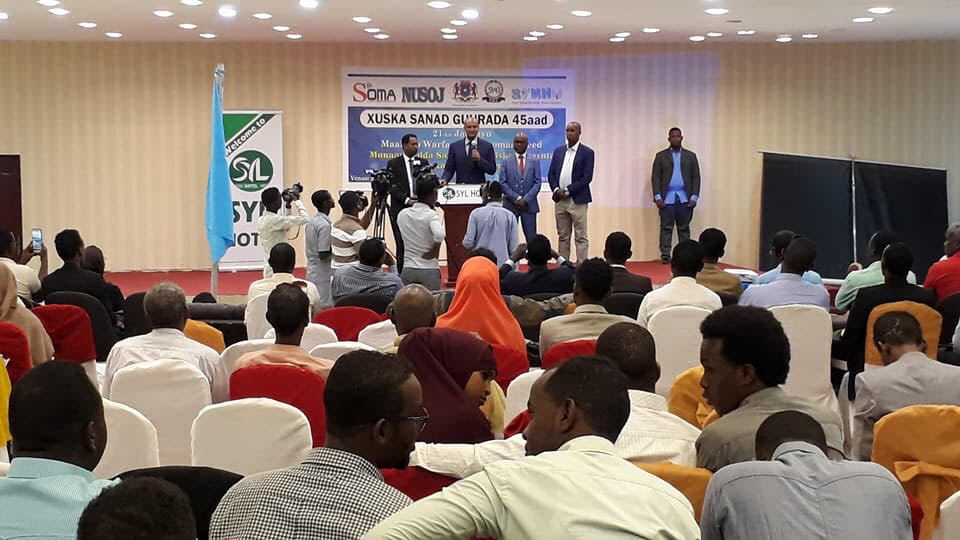 SOMA; Observes World Radio Day and the fifth anniversary of its foundation

Prev Next
About SOMA

The Somali Media Association-SOMA (Ex-Network 2013) Was founded in Kampala at 13 February 2013 by 13 Radio Stations across Somalia and Signed the basic Memorandum of Understanding (MoU) for the Network, the SOMA Members Increased now 38 Radio Stations Across Somalia.